Well it’s over 3 months since I last posted on here. Sadly life has been busy.

So what have I been up to?

Gaming With My Son

I think I am going to use my 5yr old as the excuse for subscribing to Conquest magazine. I’ve played a few small games, using a hand full of models, with him and he enjoys rolling the dice moving the models etc. It is good for him too, practising simple maths, measuring with a ruler etc. I might do a blog post on this in the future, ‘Gaming with my 5 year’ sounds a good title lol. 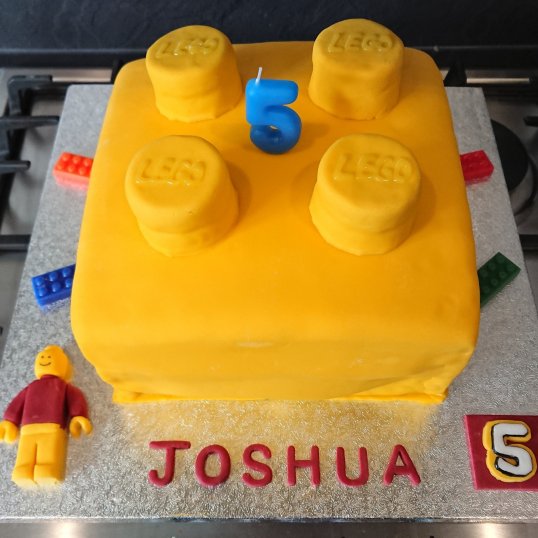 It seems to be becoming a habit to post Joshua’s birthday cakes on my blog – last years for example. 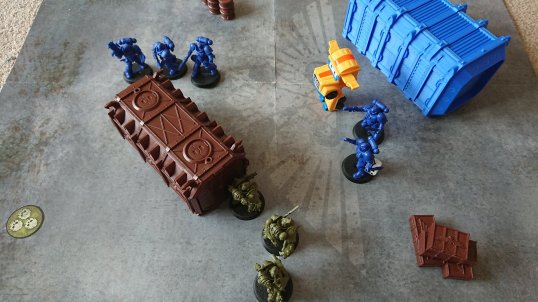 Now you may have noticed a proxy model in the above picture. That is a deep striking Poppa Wheels Super Wings toy – and it rolls 10 dice! [I thought Joshua was being overly optimistic and was thinking it was armed with a couple of assault cannons or something – turns out a single Redemptor Dread assault cannon spits out 12 dice. Shows how out of date I am!]

I might even let him lose on painting some models. Speaking of which, here are the assembled masses so far. 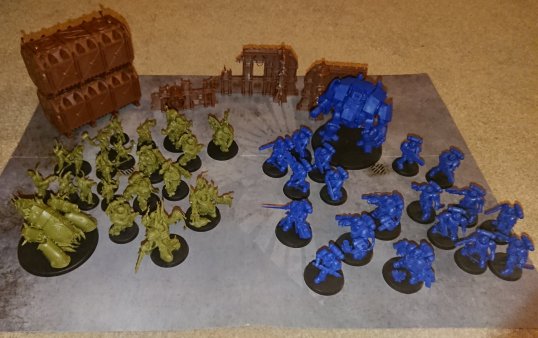 I’m enjoying AT even though I’m not actually getting many games in. I have stalled on painting up my titans though 😦

On the other hand with a suitable amount of Blutac at least I can game with them. 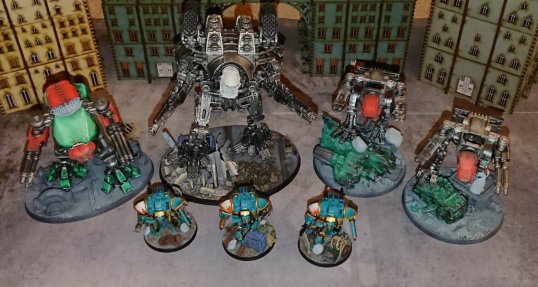 That is their current gaming state – not a single model escapes the Blutac. I need to get them painted!

As I stated earlier I haven’t played much, but I have had some fun games. Volcano cannons evaporating Knights. A Warlord swapping off a pesky Warhound. A Warlord staggering into and falling on it’s Reaver assailant which in turn staggered and toppled onto some Knights – Domino Titanicus!

I started putting together the GW scenery from the Sector Civitas  Imperialis set. I’ve stalled with that too, I just couldn’t decide what to build. However 4Ground do some great kits and I bought their Micro Scale Hab Block set last November in their black Friday sale. This is now assembled and it looks great. No decisions to be made while assembling, and no need to paint it – what is not to like?! I had been hoping to get an article up about this kit back in March – never got written though.

I bought the supplement Doom Of Molech when it came out. I have not been around or paid attention to the GW/40k/30k universe for quite some time – probably over a decade. So really everything that is talked about in the AT rulebook and supplements is new to me, and consequently I enjoyed the story line and background information. Although I am not a fan of how the various colour schemes are presented – I think it’s something about the blue background that annoys me – I was drawn to House Mamaragon’s colour scheme and background story. So after a few months of wondering what colour scheme to paint my knights I have finally found one I really like. 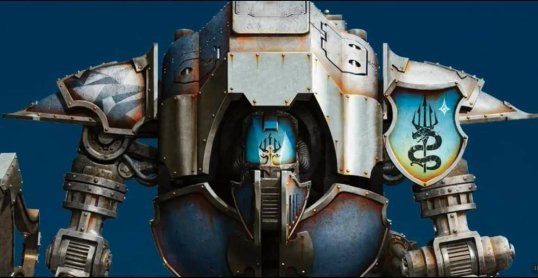 I built a box of Cerastus Knights (really nice kit!) and tested out the paint scheme. Not finished yet but here is a quick look at where I’m at with my House Mamaragon Knights. I’m sure these guys will appear in a later blog post. 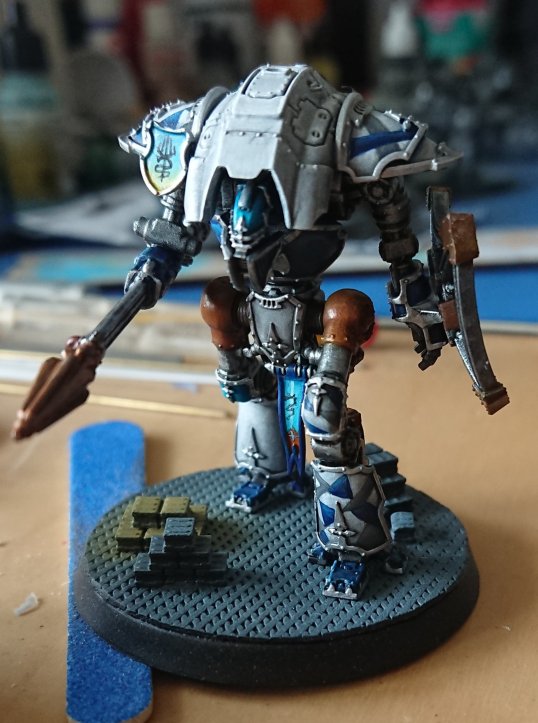 The Mamaragon Knight isn’t finished yet, but it is not far from being complete. That’s it for the moment, I got to try and get on top of my hobby time and finish up those Titans.

Remember, feel free to support the blog by shopping using the affiliation links. What I get back in commission goes towards keeping the blog advert free and I have a domain name to renew next month lol.