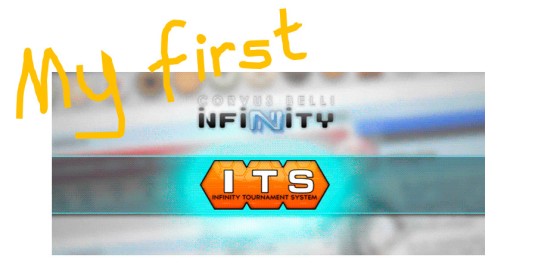 This is an overview and my impressions of my first Infinity tournament; Northern Open 3, hosted by Infinity Northern Alliance.

So, with a little bit of nervousness and a fair amount of excitement, last Saturday I set off to Leeds at 7.30am.

Nervous, because up until this point I had only played the Icestorm Missions and the first few rounds of the ITS Escalation League. This meant I hadn’t played with more than a handful of models and without any real objectives other than removing my opponent’s models from the table. I was about to play for the first time with 300 points worth of models, roughly 10 to 15 models, and having to concentrate on having a number of objectives to complete which didn’t just involve kill and not be killed.

Excited, because I had really enjoyed both playing and painting Infinity so far, and was pretty eager to have a go at the full blown ITS missions. I had just managed to get my models up to a standard I am happy to call fully painted for an event. Painting/modelling is a big part of the hobby for me, hence this blog, and it’s always cool to play both with and against fully painted forces.

I landed at Leeds just before 9am and easily found free parking near the venue, just down a side street. The venue, the Cardigan Centre, is a community centre in a fairly modern building, and is the home of Leeds Night Owls gaming club. So it was a nice, light and warm hall. None of this cold, draughty, dark church hall malarky.

There was plenty of space in the main hall with 9 tables set up, and loads of room to fit more tables in too. When you first walked through the doors boy did those 9 tables look impressive. If you are reading this I guess you already know that Infinity as a game is pretty heavy on the quantity of terrain required. It is worlds apart from the 6 to 8 pieces of terrain you tend to see on Warmachine tables, lol, (where most of my tournament experience is from.) It was also an eye opener for both myself and the Bolton GNOME lads I have been playing Infinity with. These tables have definitely inspired us to up our standards when it comes to our gaming table terrain.

James Newman has also let me use some of his pictures taken at the event, I recommend checking out his blog: Gribbley Gaming. Especially for when he posts up all the other images from NO3.

After being stunned by the laid out tables, the next thing that catches my eye is the tuck shop. Leeds Night Owls run a tuck shop, your typical snack food along with hot and cold drinks, and what I really needed at 9am on a cold morning, after an hour and a half’s drive, was a cup of tea. I didn’t ask what kind of tea it was; I can only assume it was Yorkshire Tea 😉 .

I was also educated on the ways of making instant coffee and not putting the water on first!?

Off I pop to sign in on the register and immediately get chatting to another attendee, Greg, from Chesterfield. Really nice chap and, if I am honest, that conversation set the tone for the rest of the event. Everyone I spoke to was friendly and open; I never had a single rules dispute. What discussion there was about the rules were more about me asking how things should work, as I am new to the game. This wasn’t met with any sort of condescension at any point during the day. I am sure you’ve been at an event and you have a query in the heat of the moment; sometimes this gets met with a bit of hostility from your opponent. Generally, this tends to be because of the time pressure involved, and people obviously wanting to do well. I really think most people don’t realise they come across like this at times and, if I am truly honest, I suspect I have been like this in the past too. Anyway, I digress… the point is this: the event was really friendly in general, and very accepting of new players.

Speaking of time pressure, the event was run like clockwork. Everything happened when it was supposed to, or at least I didn’t notice any screw ups which in itself is a sign of a well run event. The guys running it were friendly and approachable, and seemed to be having a good time running the event too.

Each game was allotted a 1hr 45min slot. This was another thing I was feeling nervous about because of my lack of experience with the game. As it turns out I felt like this was just enough time. The organisers gave a heads up as to how long was left when games were approaching the end of the allotted time. This kept you aware of how long was left and gave you the impetus to get on with the game and not waste your own or your opponent’s time. I think I had one game over run, but not massively, and the organisers had a little leeway in the round timings factored into the schedule anyway.

Prize support was very generous; the event was sponsored by lvlupgaming.co.uk, having promised voucher codes for their store as prizes.

Most improved painter, painting lessons from the judge of the single mini prize – winner: Peter Balogh 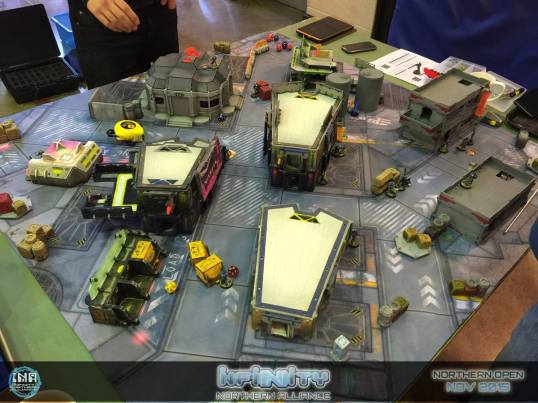 Nice safe location for my Fusilier Lt, Fusilier Hacker, and Pathfinder REM. But neither do they affect the game much from there. Photo by David Gardiner.

Scary Werewolf raced across the table on the first took out my ML Fusilier, and wounded the Aquila. Thankfully the Aquila got his revenge!

Father Knight down (that’d make a good film title). ORC down. Fusilier on Suppression Fire, next to my HVT, doing all the work!!! 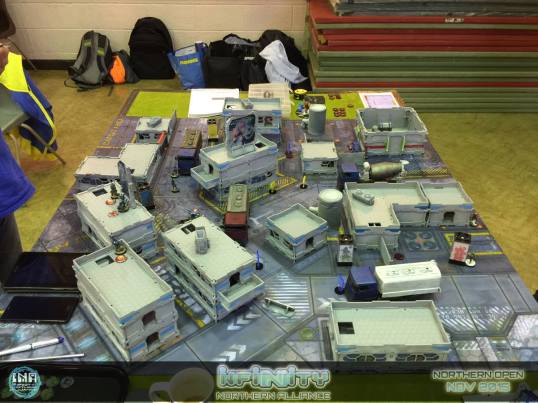 My Aquila Guard HMG just taken out the Salamander TAG. However James’s Grenzer Sniper is about to get his revenge. Photo by David Gardiner. 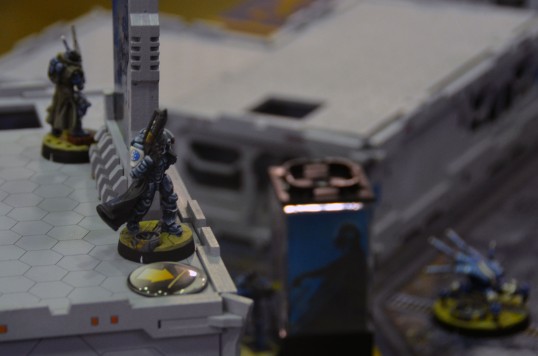 Dominating firing position! Sadly all that means is that I had set up a good shooting gallery for my opponent. No cuddly toys here though.

The Doctor – what better model for a high value target.

I got the proxy model for my HVT from Heresy Miniatures. If you have never visited that site before, go have a look, there is some excellent models available there (customer service is great too).

This was a great event; I had loads of fun. It was friendly and welcoming of newcomers to the game. Although I used the same force each time, I played 3 very different games and enjoyed them all.

I am looking forward to the next event I go to! Probably Northern Open 5.

In case you are wondering I’ll add some pics to this post of  my Father Knight posted up in the next few days. And, no, I haven’t decided what to spend my voucher on yet. Quite fancy some Morats! 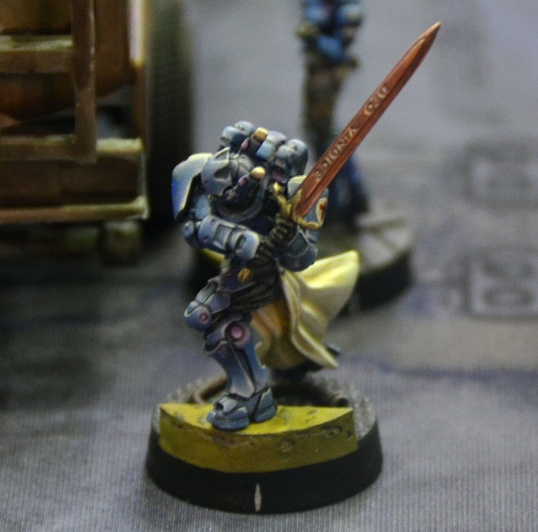 My Father Knight in action.